Steinheil was a German optical manufacturer based in München, West Germany. The roots of this small company can be traced to the middle of the XIXth century, when Carl August von Steinheil began manufacturing astronomical telescopes. Starting from the late 1800s to the early 1900s, they produced lenses and photo cameras. Later, they too adopted new mounts, such as M42 and Exakta, and began producing lenses for 35mm film cameras. As the company didn't have their own cameras, they provided lenses for other brands, such as Edixa-Wirgin and Ihage

Steinheil wasn’t a large manufacturer like Zeiss or Pentacon, for example. That is why finding Steinheil lenses, regardless of the mount type, is really hard. As there is also the case with many classic lenses, their exterior design gives us a hint of when these lenses were made: full chrome for the earliest versions, zebra stripes for the newer ones. Mostly early models, these lenses are generally single coated, which means that it is probably best to use a sun cap. Steinheil lenses have a good reputation both from an optical and mechanical point of view.

The company covered the whole focal length spectrum, ranging between 35mm and 300mm, with some very interesting designs, such as the 75mm f1.5 Culminon, the 85mm f2.8 Culminar or the 100mm f3.5 Cassarit.

Apparently, Steinheil stopped production in the late 1960s or early 1970s, which makes their lenses rather expensive and hard to find. Sometimes they may require a restoration in a special laboratory in order to be properly used. 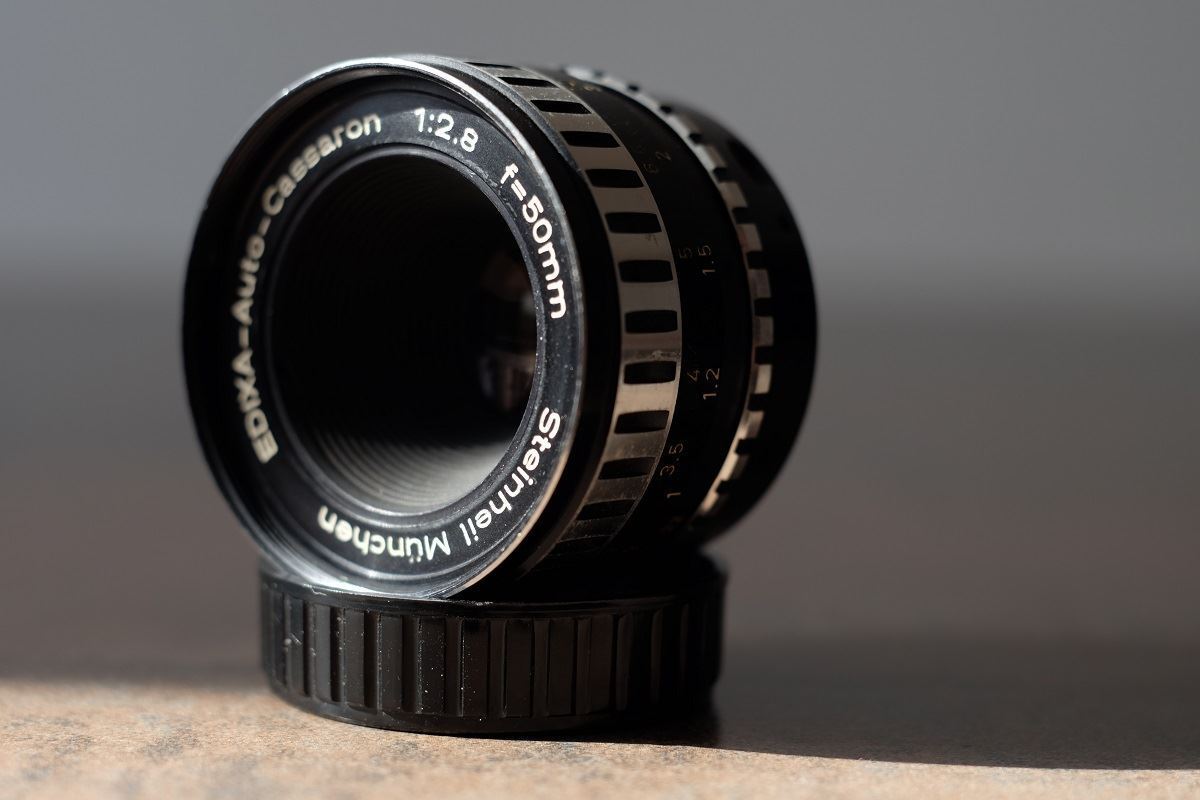 The 50mm f2.8 Edixa-Auto-Cassaron is a rare standard lens in the M42 mount made by Steinheil München. Based on the fact that it features a zebra design, we would estimate its origins to the 1960s.
It has a rather dreamy image rendering and it is only single-coated,which means it will not suit those who wish for a modern look to their pictures. Build quality is very good and the lens itself is very light and compact. Surprisingly, the lens features an auto/manual switch. The 50mm f2.8 Edixa-Auto-Cassaron has a 0.8m minimum focusing distance and it weighs only 136g. Filter diameter: 49mm